Difference between revisions of "User:Mattronix"

My name is Matthew Frost, Born September 14 1994 in Manchester England.
My interests, hobby and job are all IT related, i work as a Project Consultant in the field of storage for a company called PROACT working on cutting/bleeding edge storage technology.
I run my own hosting/home user support company called Mattronix IT Services. I have been studying and practicing IT since i was 11 years of age. Starting my first company at 18. And on top of all this i am a member of the Techinc Hackerspace.

I have achieved the following so far

I have worked with

from my time as a youth center volunteer 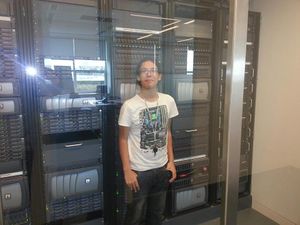