To try make my new house a bit more environmentally-innocuous I decided to make a system that collects rainwater and uses it for flushing toilet(s), in addition to irrigate the garden.

First I had to make a design. Several systems are possible, but for simplicity I opted for a pressurized water pump (hydrofoor) that simply automatically keeps its outlet pressurized. Then you can make the rest of the system like any other standard plumbing, since the municipal water supply has similar properties. A lot less error-prone than remote water-level sensors that need to signal a pump to shut off...

So the requirements were:

I also needed to determine a suitable spot. Putting it outside means you have to shut it down and drain it in times of frost. Putting components inside can cause noise problems, and takes up a hell of a lot of space. I decided that outside the house was the best choice.

I purchased the cheapest pump I could find, some tubing and fittings, two water filters, a check valve, a dry-run protection sensor and built a proof of concept. All told between €250 and €300 I think, excluding the rain barrel and excluding the plumbing.

Then I put the assembly in my work shed and also purchased a beautiful 400 liter very inconspicuous rain barrel. Digging a large hole in the garden to put in a 1000l underground tank was way too much effort, even if that would have meant it could be made more or less frost proof.

The last requirement was trivial to meet: just two faucets, one for fresh water and one for rain water, and a check valve in the fresh water line to prevent backflow. This is the only part of the project that isn't finished yet (because it has a dependency on the new bathroom getting finished) 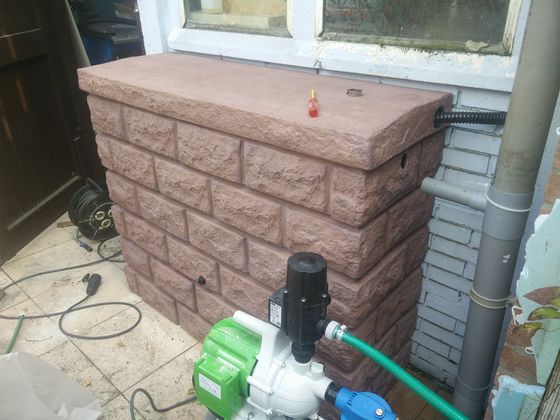 The pump in an early test setup. the red stone thing in the background is the actual rain barrel. 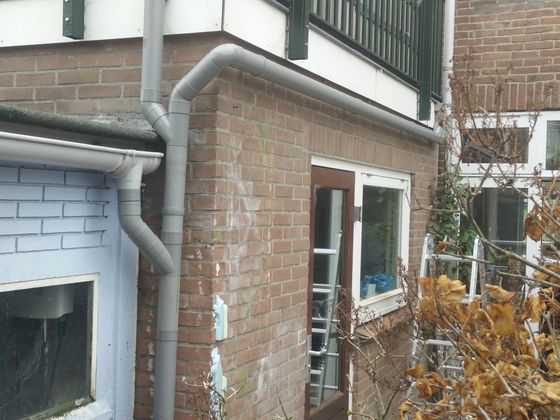 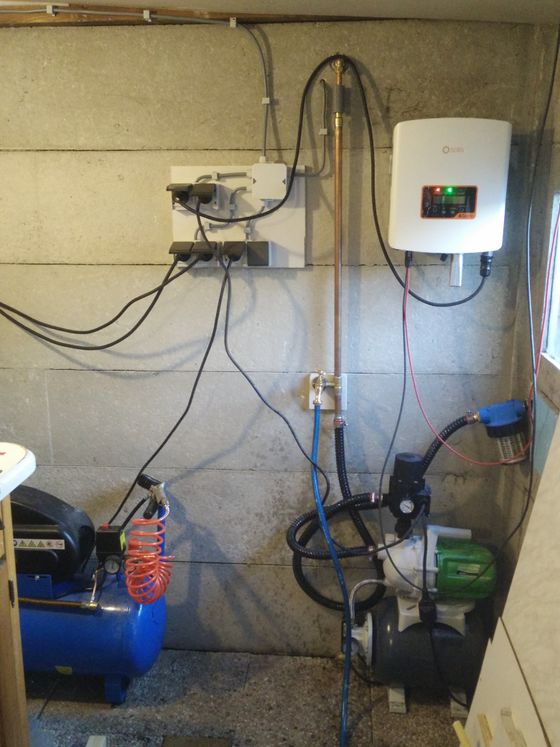 Pump assembly inside shed. I added insulation later and changed the tubing to a better variety.
At the right is the water filter. On top of the pump the (black) dry-run sensor / protection switch. 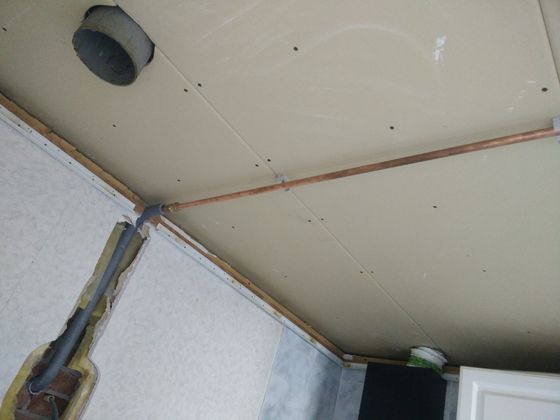 Conduit entering the house at the left, and then moving up to the ceiling. To prevent frost etcetera
it is embedded in a 40mm PVC pipe, with the foam insulation as depicted around the water pipe. 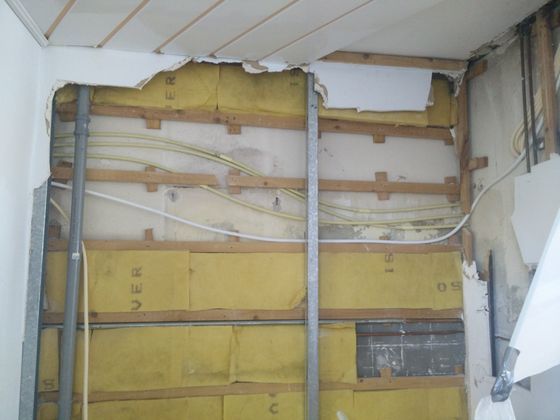 This plasterboard wall had to be completely demolished to get the rainwater tube behind it (the white tube).
Removing only a horizontal section of plasterboard would not have worked, because I had to remove the entire
metal stud in the right corner to get the tube through there. This is two-layer (plastic+aluminum) tube,
which bends but it's not quite flexible enough to be able to just string it through a couple impossible curves... 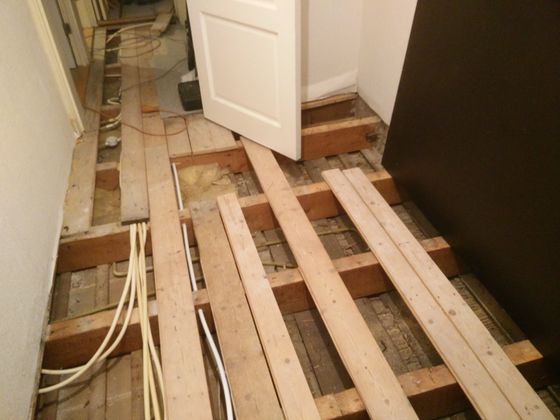 and here it travels through the upstairs wooden floor beams in my (future) new bathroom... 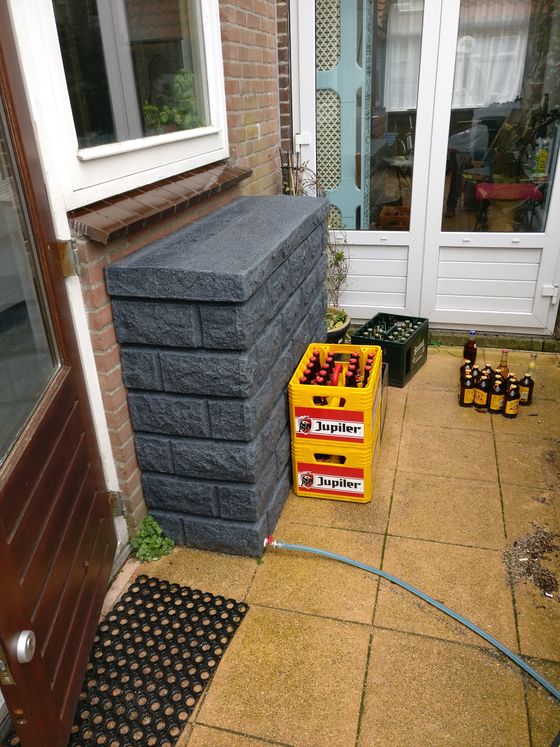 This is the second rain barrel, with the garden hose 'hack' that keeps the water levels balanced.