Number of payments of 25 (recommended value)

It is important to note that this is a ONE TIME benefit which will not be applicable for january or any of the months after.

Among our member-incomes is a single large payment of 1100,- of one member who paid for a backlog plus a full year of membership from that point onwards;

Because of the ALV on 19th October, here's a mid-month summary for October, : 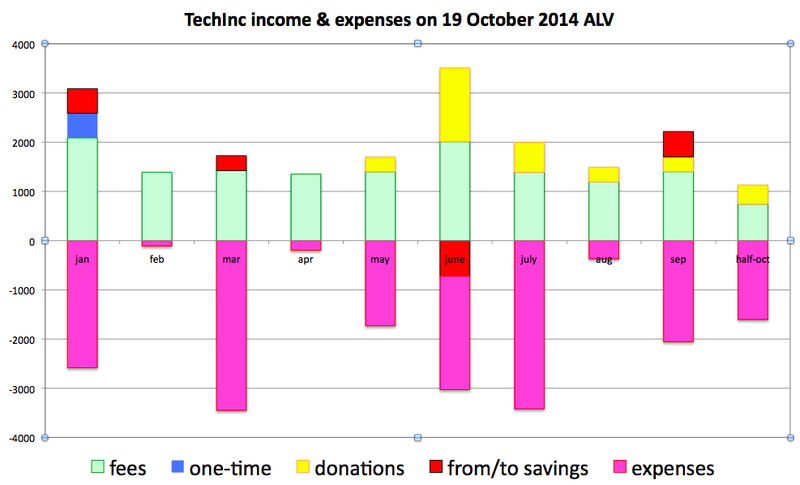