"Lika" is a for me a symbol of unspoiled nature, rural living and escape from the civilisation.

This is the area where I am planning to "return", back to wilderness and feral state, in order to make a "rural hackerspace" and a community of likeminded friends and family, in the year 2022 (when I am 50, and Alisa is 19 and Charlie 17...).

"Gubavcevo Polje" is a village in Lika, Croatia, where my grandparents used to live, and I used to spend every summer from 1972 to 1990 (when the war started).

It's literally "in the middle of nowhere" (closest city is Gracac, the least populated arena in Croatia), and therefore has unspoiled nature and, absurdly, lots of peace, since all the refugees who left during Oluja in 1997 did not return any more.

Birth house of Nikola Tesla is in the village Smiljan, https://en.wikipedia.org/wiki/Smiljan , 70 km away from Gubavcevo Polje

In Deringaj, 3km away, is the ruin of the church where uncle of Nikola Tesla was a priest.

"Multimedia camp 2014 is an international camp with the transdisciplinary strategies focusing on the theme “Future Environments”. MMKamp'14 is two months extended/hybrid cultural event, situated in rural area of Croatia, near the city of Gračac, in region of Lika." 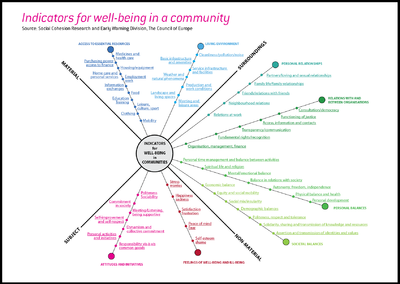 - I was born in Belgrade, but my parents come from Croatia: Lika & Dalmatia

- I have two small children that I feel responsible for, but I share their care with their father - we don't live together, but are both bound to stay close to the kids.

- I wish to do the best for my children, which, until rcently, meant "I want them to have Dutch passports" for the stability and prosperity that Holland meant for me, since I am from Yugoslavia -- country that does not exist any more...my parents are from Croatia but they are Serbian, so two out of 3 of my childhood homes are either unaccessible or destroyed, and the third is in the state of "early accumulation of capital", a.k.a. "candidate for the EU membership"...

... and since last year, I think that "the best for them" would be to take them out of school, out of the city, out of this sinking country (pun intended), out of the "civilization", and *back* to the war-wounded Croatian mountains, "behind God's back".

- I was raised on atheism (communism?) and science, and in 1991, when I discovered "the Internet", I thought - this is the best thing, this is where I'll be living from now on. And I do: I work for the (NGO, not-for-protit) that "governs" the Internet; I play with hackers and frequent and build hackerspaces, I spend my vacations on hackers conferences...

...however, virtual reality is becoming too un-natural for me, and recently the most spiritual connections I estabilished with myself and the world were while walking "in nature", such as it is available - parks in Amsterdam.

My current plan is to spend next 10 years learning, preparing, and building a community for "natural living". I still don't know what does that mean... that's the "learning" part. I will visit existing "communes", workshops, festivals... I will make connections with like-minded people -- YOU! I will raise my kids "in captivity", for now, and when they are "grown up" (legally, 18), I will be able to go on with a different kind of life, giving them a choice to build their own, or take part in mine...

- put some photos on the wiki page …